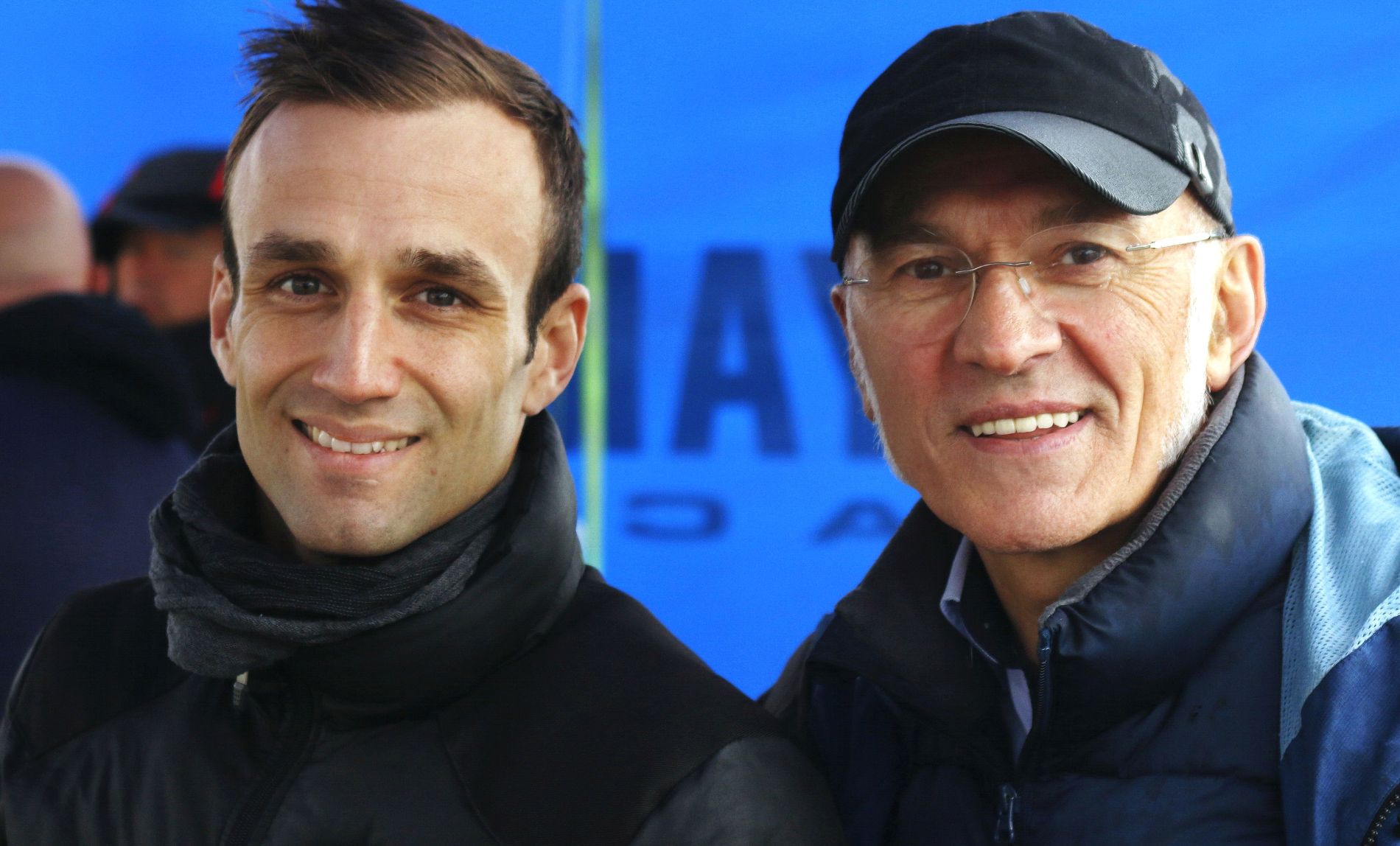 Valencia 2017, end of the nice script, beginning of the dramaturgy

Valencia 2017, the last Motogp event, Johann asserts himself as the best rooky of the season, with a 5th place in the final classification. After his brilliant second Moto 2 world title in 2016, I have the intuition that he is approaching the highest step of the podium, the most difficult. So I’m going down to Spain to be, what I believe, the last sequence of the film started in March 2017.

Of course, not having permission from Dorna to film inside the circuit, we planned, with Johann, to meet us the day after the race in an anonymous place. Given the reduced budget, I came alone with my cameras and my duvet, and I will have to stay in the station wagon. It’s a detail next to what awaits me when I meet Laurent Fellon that makes me understand that I’m not welcome! The film, he does not believe in it any more, and then Johann listens to it less and less… It seems that the word given only commits those who believe it.

On Sunday, although I rejoiced at Johann’s splendid 2nd place after his duel with Pedrosa, it was with a heavy stomach that I returned without the slightest image.

I have commitments and a film to finish. How to do ?

2017, French GP at Le Mans, while I meet up with friends in the Tech3 stand, a tall, bald and English mechanic from the team approaches me almost timidly and introduces himself. His name is Steve Blackburn, he was the young teenager who came to see me regularly on the English circuits during the 70’s. God damn!!! I can not believe ! Certainly he has changed, but the tone of his voice, everything comes back suddenly. 35 years have passed, but the memories are still there. I was THE driver he followed more than the others, he wanted to be my mechanic in 1983, but too late I was turning the page.

Under the effect of emotion, I do not even notice that he is dressed in a Tech3 suit, and it is when he whispers to me that he is the person in charge of Johann’s gearboxes that I fully measure the situation ! Steve, my Number one supporter works for Johann! Unbelievable ! I’m speechless, before hugging her warmly.

It is in these few brief moments of life that one feels a little overwhelmed, out of time. Thanks again for the race.

For information, obtaining authorization to film in a TGV is titanic. Having neither the support nor the means to rent an entire wagon, I took the risk of wild filming, as the expression goes, to accompany Johann and Véronika, his darling, during their journey from Avignon to Le Mans. Indeed, when he told me that they would join Le Mans for the 2018 Motogp by TGV, the idea of ​​following them immediately took hold.

The Wednesday before the GP, I met at the Gare de Lyon, Berto, an internationally renowned cameraman and fan of Johann, who did me the honor of joining the project.

7:30 am departure for Avignon then a taxi takes us to Johann’s. He made pasta for us and packed his bags. 2:30 p.m., Avignon station, we find the second cameraman, the faithful Boris, before climbing into the car heading to Le Mans via Paris.

Thanks to the cameras, resembling casual photo cameras, and with the attitude of vacationers under the sun, we record, the air of nothing, the beautiful couple whose young man has been identified by a controller.

Everything goes without a hitch, I have the conversation I wanted, with the landscape passing by. A champion in a TGV at more than 300 an hour, and who is advancing towards his destiny. We leave them at the entrance to the circuit, with the last images of Johann dragging his suitcase towards the paddock and then we take the train back to Paris.

10 p.m., arrival at Gare de Lyon. I leave my cameramen, we have 3 hours of images, mission accomplished. 2,300 kms in the day, all inclusive and not even tired!

Two men above ground on the same boat

December 2017, I wanted to do a sequence of Johann in apnea, but at the last moment, the weather was not ideal and under the rough water, the images would have been ordinary, not to say bad. I was disappointed and thought the opportunity would never come again. Johann, like all top athletes, has a busy schedule.

June 2018, I relaunched Johann who immediately understood the idea and offered me the sailboat of Stéphane Mifsud, his freediving coach and world record holder in statics. Under the sun, we embarked from Hyères to anchor at night near the islands of Porquerolles.

The situation was just idyllic, calm sea, Johann had brought dishes prepared by his aunt. The atmosphere was warm, but of course I knew that Johann’s head was already in Assen, the next GP in 15 days.

As he prepared to dive, camera on his shoulder, I framed Stéphane asking him the reasons for his undefeated record for more than 10 years. His explanations, so concise and accurate, amazed me. I refocused on Johann, nodding my head “it’s beautiful!”. Bringing these two exceptional men together in the same shot, I knew at that moment that this shot alone justified the film.

With this sequence, I had the opening and the end of the film. Thank you Johann and Stephane.

A film is an idea and money

That was the first sentence I read about making a movie.

I had an idea, but not the money. Like when I started racing!

At Le Mans, in 2017, I went to find Manel Arroyo, the big chief of Dorna images, in order to negotiate the rights, he smiled at me and said that many people wanted to make films on Motogp and not many succeeded… The message was clear.

Jacques Bolle brought the decisive first stone and without this confidence I would never have committed. Then there was a pure patron, the architect Didier Beautemps, then Didier Longeron, Johann’s only advertiser who took part, and finally about 1,000 subscribers and Johann fans, without whom the adventure would hardly have succeeded.

But the most complex, painful and decisive part was the editing. It accounted for more than 14 months, daily. I fell ill after six months. Indeed, many highly written fiction films are edited quite quickly because the editing more or less respects the script, but it is quite different when it comes to a documentary with a lot of archives. Moreover, the challenge was to follow a man living his life, live. To portray someone who has finished his career or his life would seem much more comfortable to me today.

Finally I wanted to know all the images of Johann over 10 years of racing, which represented more than a hundred hours. For a 100 minute movie, that’s a lot of choice. And since choosing is giving up, you imagine the work. This can be a good definition of film editing.

Thank you to the kitties Oscar and Venus who watched over me during all this work.

To find out more, discover the film “Johann Zarco, a daring champion”. 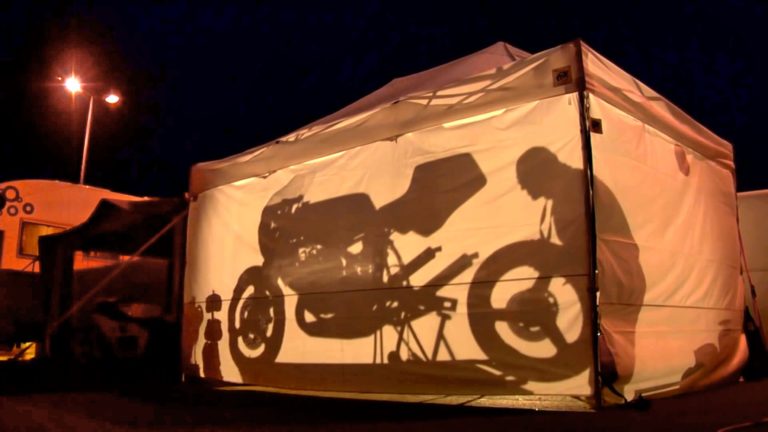 The racing adventure continues… 2011, Marie, the beautiful blonde passionate about fashion but also beautiful motorcycles (a Ducati and a Triumph) and racing,…

No products in the basket.